Politicians are proposing or implementing Cap and Trade policies with the intended goal of reducing Greenhouse Gas (GHG) emissions. This a worthwhile goal that we should all support. However, when legislators and attorneys write the rules of Cap and Trade the process becomes unnecessarily complicated. The basic premise of Cap and Trade is that Companies that exceed GHG emission standards should pay a penalty or purchase an allowance for polluting from Companies that do not pollute. It is claimed that this process will encourage the polluters to not pollute in order to cut costs. In this paper we propose that money from penalties assessed under Cap and Trade policies be used to help CO2 sequestration through reforestation in locations recommended by the scientists. 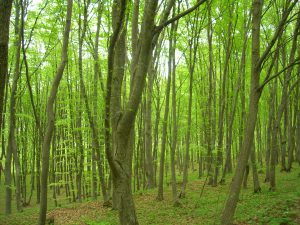 To study the effects of GHG emissions we need to look first at the magnitude of the problem and then review possible solutions. A brief summary of the facts follows.

Looking at the big picture we know that there is an energy balance between the energy that Earth receives from the sun (240 watts/square meter of Earth surface) and the energy output from the Earth from radiation, which is proportional to the fourth power of the surface temperature. Input and output of energy balance at an average temperature of about -18 degrees C or 0 degrees F. The greenhouse effect from natural gases (water vapor and CO2) elevates the planet’s surface temperature to about 33 degrees C or 60 degrees F.Natural greenhouse effect is what makes our planet habitable. It is a good thing!

The total carbon content in the atmosphere is approximately 720 gigatons. (One gigaton, Gt, is one billion metric tonnes) By weight the 720 Gt are approximately .04% of the total atmospheric gases and are equivalent to around 390 ppm (parts per million). This amount does not sound like much but because CO2  does not react readily with other chemicals, the main processes that change the CO2 content in the atmosphere involve exchanges with the Earth’s other Carbon reservoirs as follows :

Ocean carbon reservoir is about 39,000 Gt

Geological carbon reservoir is not estimated

The atmospheric CO2 dissolves in water removing about 90 Gt of carbon yearly. However, dissolved CO2 also escapes from the ocean to the atmosphere adding about 88 Gt of carbon yearly. These amounts are in balance. Warmer water releases more CO2 to the atmosphere so increasing ocean temperature will affect this balance. Furthermore this exchange is affected by ocean circulation which is variable. Marine organisms also affect this balance. Marine organisms die and sink into the deep ocean taking down their carbon. Up-swelling of deep water and upward diffusion of carbon are almost in balance.Net absorption is about 2 Gt per year. As we can see there are many factors affecting the carbon balance, sometimes resulting in a carbon sink effect and sometimes adding carbon to the atmosphere.

Photosynthesis of plants remove 110 Gt of carbon yearly. This amount has increased since 1960. With more atmospheric CO2 available to convert to plant matter, plants were able to grow more, so called carbon fertilization, and therefore plants were able to absorb more CO2. This increase in plant growth is limited by the availability of water and nitrogen. Scientists do not know how much more CO2 will the plants be able to absorb since higher temperatures also stress the plants and increase the risk of forest fires.

Another factor affecting the carbon cycle is the increase in global temperature which may increase the amount of carbon that seeps out of the soil. Of special concern is the permafrost in the northern hemisphere. It is estimated that the permafrost holds 1672 Gt of organic carbon which could be partially released if the permafrost were to thaw.

To look at possible solutions we need to look at the source of anthropogenic (of human origin) emissions that are creating an imbalance of the natural carbon cycle.

A report from the Environmental Protection Agency (EPA) estimates that in 2014 Global Greenhouse Gas Emissions included 65% of CO2 originated from fossil fuel combustion and industrial processes, 11% of CO2 from forestry and other land use and 16% of Methane also from agricultural activities. Specifically for the US a recent report from the EPA shows that in 2016 CO2 accounted for 81% of GHG emissions with Methane contributing another 10%.In 2016 US GHG emissions totaled 6.5Gt of CO2 equivalents or 5.8Gt if the sequestration of CO2 from the land sector is deducted. The levels of GHG emissions in 2016 were 12% below 2005 levels. So progress in the US is being made. However global carbon emissions since 1970 have increased by about 90% with emissions from fossil fuel combustion and industrial processes contributing   about 78% of the GHG increase from 1970 to 2011. Agriculture and deforestation have been the second largest contributors.

So the question arises what would be the most effective way to spend the money from penalties collected under the Cap and Trade plans.

Reduction of CO2 from fossil combustion is addressed by governments and legislators worldwide. Changing energy sources, such as coal burning plants for energy generation, from fossil fuels to gas combustion, solar or wind energy are already under way. The next largest source of CO2 emissions is from deforestation and land use. Investing in this area would have the additional benefit of restoring habitats for endangered species and improving local weather.

This is why scientists are emphasizing CO2 mitigation using CO2 sequestration. There are currently two methods for CO2 sequestration. Geological sequestration consists of capturing the CO2 at the source of emission, coal burning plants or oil wells, and transporting this gas to underground caves for long term storage. Transportation by gas lines or truck is currently being used. This technology is still in the early stages of implementation.

The other sequestration mode is afforestation (planting trees in areas deforested many years ago) or reforestation (replacing trees recently removed from existing forests). Several studies show that reforestation of temperate forests that have high carbon densities have the potential for reducing forest sector emissions. There are also co-benefits such as increased water availability, biodiversity of forest species and restoring habitats for endangered species. Forests maintain the water cycle by absorbing moisture through the leaves and roots. They are a natural storage system for rainwater. Through transpiration trees release some of the water as water vapor releasing moisture to the atmosphere and thus helping to improve the local climate. 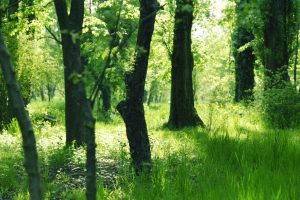 A study of northern Australian semi-arid afforestation showed that this method could enhance precipitation and carbon sequestration. So the benefits are not only limited to the tropics. The referenced study, in which 2000 hectares were planted, showed enhanced moisture penetration in the soil and increased precipitation in an area larger than the original afforestation. The increased root depth and decreasing albedo (less solar reflection) resulted in enhanced vapor transportation, surface cooling and lower local temperatures.

Other studies have shown that reforestation can be used as a GHG mitigation tactic to restore land damaged by mining.

As mentioned in the introduction the basic premise of Cap and Trade is that Companies that exceed emission GHG standards should pay a penalty or purchase an allowance to pollute from Companies that pollute less than their allowance. Unfortunately in this scheme many Companies consider the fine or penalty just another cost of doing business to be passed on to the consumer.

These policies have some value but they do not provide a strong incentive to reduce pollution. A more effective approach would be to quantify the cost of sequestering CO2, so that the penalties could be set proportionally to the cost of removing the added emissions. The standards for allowable emissions by industry must be gradually lowered to take into consideration new technology that reduce pollution. This approach will gradually reduce GHG emissions over time.

Fines proportional to the excessive emissions will be a strong incentive to adopt new and available technologies, and will give a competitive advantage to those Companies that operate within the standards. Selling allowances to pollute only benefit a few individuals who trade in these allowances for a profit.

California Cap Trade programs have received great attention. In California our government is spending considerable amount of time and money in discussions on how to spend the money collected from penalties. Lawyers are hired to study whether the spending plans comply with the Cap and Trade legislation and with the various propositions enacted by the voters. This is a lucrative field for lawyers and lobbyists but do not help to reduce GHG emissions.

Spending plans proposed and studied include:

And many other plans. There are no limits on imagination on how to spend taxpayers’ money. Some of the proposals would help to improve our environment in the long run. However these projects, such as implementing energy efficiency improvements in state owned buildings, are the responsibility of the government and should be paid from the Government Budget.

Special funds, like the GHG penalties fund, should not be co-mingled with general funds but should be spent in toto to address the specific problem that necessitated the penalties.

A common sense approach would be to spend the money in reforestation to remove the excess CO2 introduced in our environment. Where to reforest should be the decision of scientists in this field, not the politicians.

Earth climate is very complex. Different factors act simultaneously to affect our climate; some factors contributing to a warmer environment, others to a cooling trend. Climate is in constant flux. The good news is that scientists are making great strides in understanding the dynamics of our atmosphere and in identifying the major factors affecting global air quality.

One undeniable fact is that human industrial revolution, and its use of carbon fossils as a source of energy, has affected the delicate balance of natural Greenhouse Gas emissions that has existed for centuries.

We can not control other factors such as volcanic eruptions and changes in solar energy radiation, which at times have temporarily disrupted this balance. Not being able to completely control our environment is not an excuse for inaction. We know that reforestation will benefit humanity. It is time to act now.

Hopefully future generations will have better technologies to control our environment and would have developed a better respect for nature and a better common sense for all countries to act together towards this common goal.

2 thoughts on “CAP AND TRADE POLICIES” 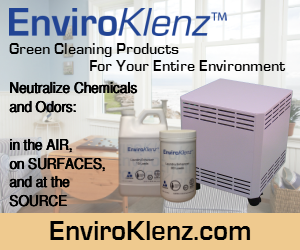